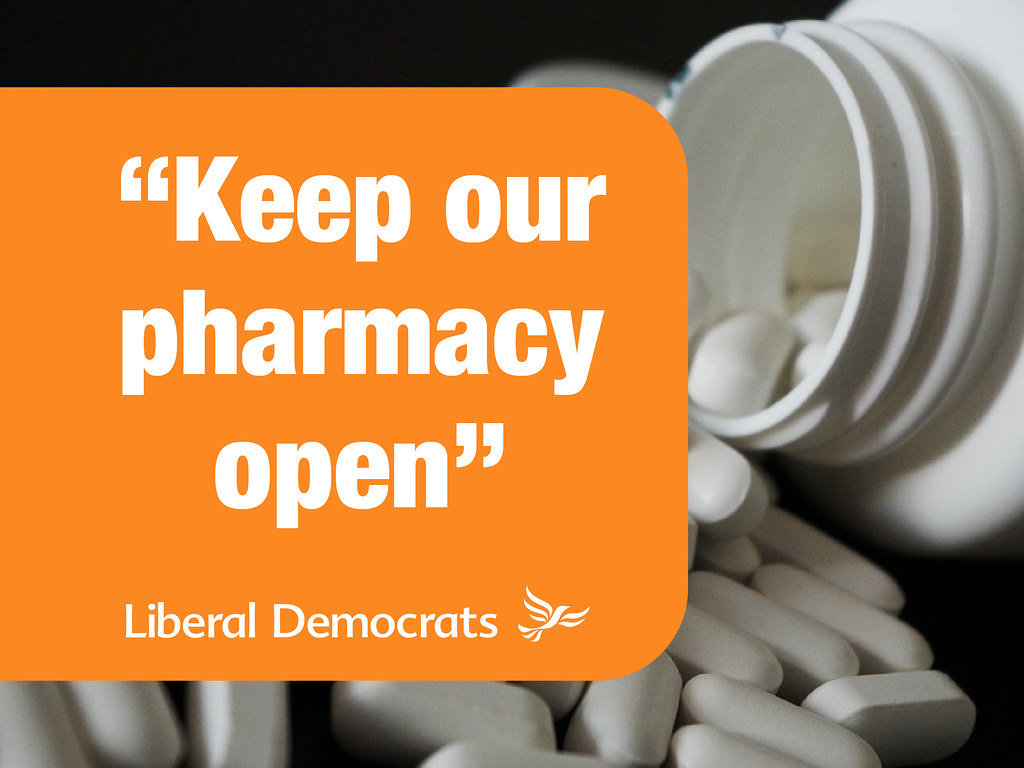 Save Our Local Pharmacies Campaign

Local pharmacies under threat from the latest Conservative cuts to the national health budget.
This Government’s real terms cash cuts to pharmacies across the UK could be about to take their toll. The Lib Dems don’t as yet know what pharmacy used by hundreds of local people is facing closure, cutting off lifeline services for many elderly and vulnerable residents.

“For many people the trip to get vital medicines from the pharmacy is long enough already.”

“Cutting money to local pharmacies is nothing more than robbing Peter to pay Paul. It will only increase the strain on hospitals and GP’s practices at a time when the NHS is already in enough trouble.”

The £170million reduction in NHS funding for community pharmacies will put pharmacies across Waltham Forest out of business too.

Local community pharmacies are vital to keep older frail people independent. These people need to be at the heart of our community, on our high streets, with people. In the community rather than in our hospitals.

You can sign our petition here and join hundreds of local people who are already backing the campaign.

Multi-million pound plans to demolish and re-build a ‘state of the art’ sports centre have been axed from the council’s agenda for next week.

Campaigners, parents and budding sports stars had been preparing to protest at the town hall in Walthamstow, on Tuesday, as plans for the Chingford Road Pool and Track were to be debated for a second time.

A petition which has been signed by over 1,500 people was started two weeks ago, calling on the council to consult local people.

The plans, the second ones to reach the planning committee, have been slammed as the new centre will not include a 5m diving board, dive pit and will alter facilities for disabled people.

Waltham Forest council’s contractor, GLL Ltd, said the board is too expensive but are putting spa facilities and a BMX area in the plans.

In September the first plans were rejected over the proposed loss of amenity for local residents.

Today, it was revealed that the meeting has been deferred until March, where the will be a dedicated meeting over the facility.

In a letter to campaigner Ian Capes, a council officer wrote:

Due to the amount of interest in the plans it is important that we can accommodate as many members of the public as possible who wish to attend the meeting and play their part in the decision making process.

The decision comes on the same day the chairman of the planning committee was suspended from the Labour group over a Facebook rant over the words of the Prophet Mohammed.

The petition can be seen here: 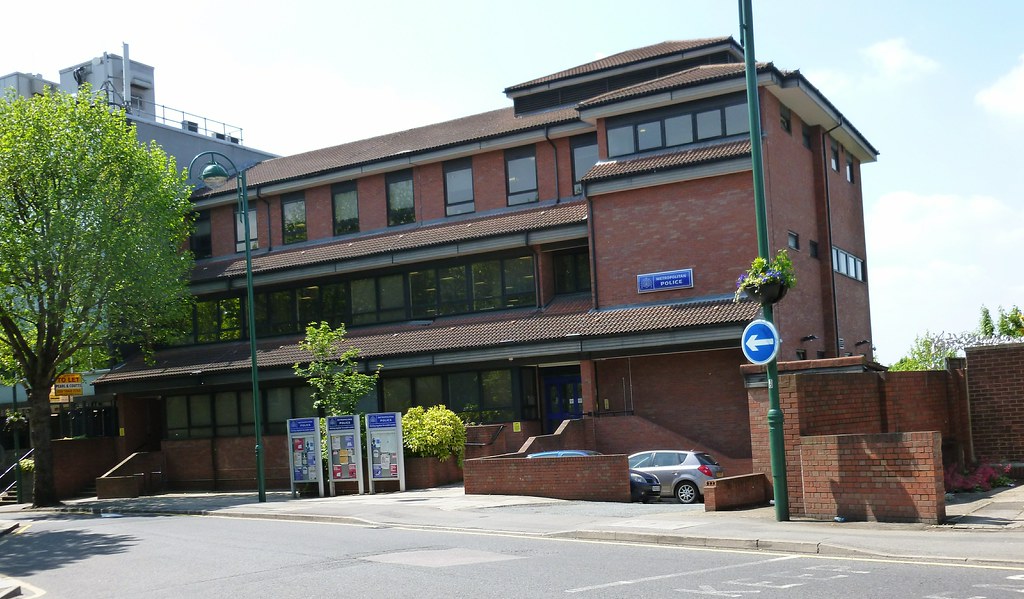 Following the closure the Neighbourhood Policing Team is providing a contact point at Tescos in Gainsborough Road. It operates every Wednesday and Thursday from 6 – 8pm. and on Saturday from 2 – 4pm.

For non-emergency calls the Police ask you to dial 101.

However, for emergencies call 999.

UPDATE – the squatters have been removed. 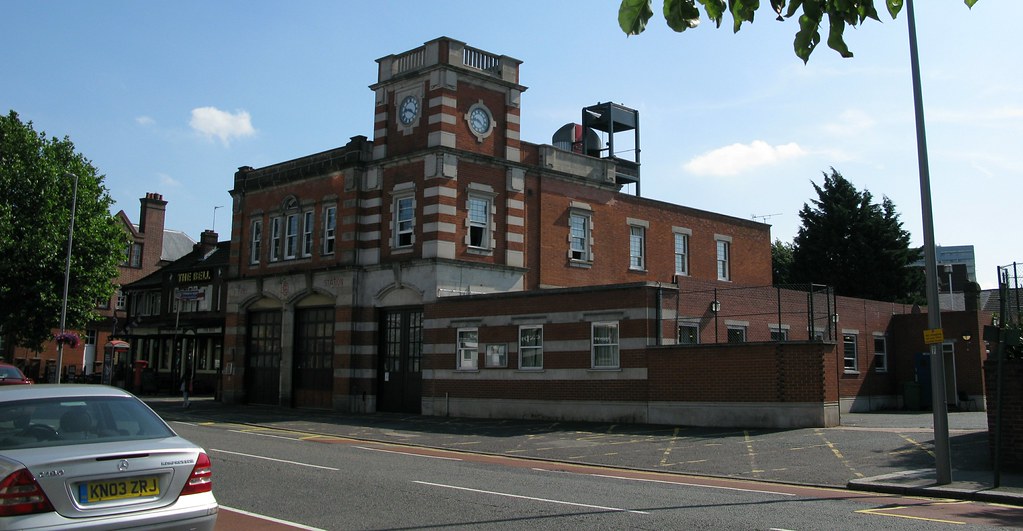 The Fire Station in Leytonstone High Road has been closed, and the FOCUS Team understands that demolition is due to commence in December, with the new station scheduled for completion by the end of 2015.

The Fire Engine and crews are stationed temporarily at Leyton Fire Station.

Facade of the planned new building

Collections for all refuse services including bulky collections are listed below:

All collections will return to normal on Monday 6 January 2014 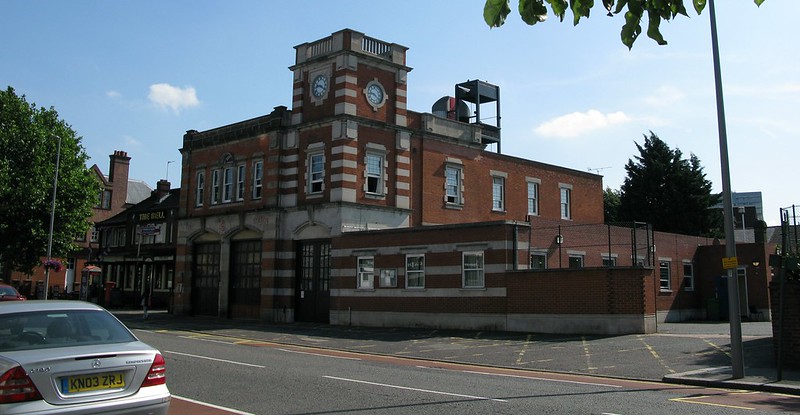 The London Fire Brigade has advised that there are no plans to permanently close Leytonstone Fire Station.

It is one  of nine fire stations to be rebuilt as part of a PFI project. The work of demolition and rebuild of the existing station will start in late 2014.

During the rebuild process the fire engines will be relocated to Woodford and Walthamstow fire stations.

Local residents will be informed before any works commence. 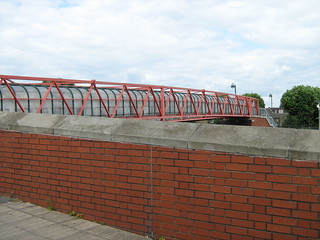 Work started on the refurbishment of the Church Lane Footbridge on 1st July.

The FOCUS Team understands that the bridge will continue to be open during the day for the first six weeks as Transport for London (TfL) will be restricted to night working.

The bridge will then be closed for the remaining term of the contract until approximately late October.

During the works TfL will be using the children’s play area in Grove Green Road as the site office and contractor’s parking area.

The play area is scheduled for refurbishment before it returns as a play area.

Caroline Pigeon, the Liberal Democrat Chair of the London Assembly Transport Committee, is continuing to lead the campaign for electrification of the Barking – Gospel Oak Line which has seen passenger numbers increase dramatically since the introduction of the new diesel units.

“We were disappointed when confirmation of funding for the Gospel Oak-Barking line electrification failed to materialise in the Budget, but are hopeful that the Government will choose to sanction these line improvements as a priority when it reviews the plans in June.  Electrification will deliver huge benefits to both the local area and London as a whole, including improvements to the rail network connectivity, and a reduced environmental impact.

“Full funding must be confirmed this year or, due to the impact of Crossrail’s construction, costs will rise far beyond the current estimates. Confirmation this year will mean this significant milestone for Britain’s rail infrastructure can go ahead without further delay or spiralling costs.”

The FOCUS Team will report any developments. 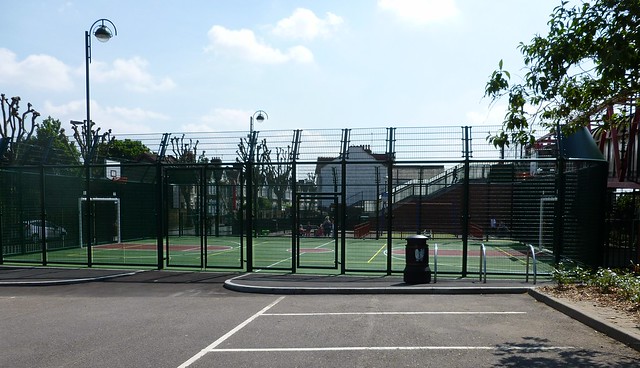 Construction of the M.U.G.A. at the rear of the Church Lane Car Park has finally been completed.

Local parents have been asking when it is going to be available for use, as older boys have started using the young children’s play area for kickabouts.

The FOCUS Team took this up with the Council, but as yet have received no response. They are monitoring this and will report any news.

FOCUS has also checked the number of parking spaces remaining, and confirms that there are 55 plus 3 disabled bays. The report to the Planning Committee intimated that there would be 93 – looks like somebody got their sums wrong!

To put the record straight: At no time has the Leytonstone FOCUS Team objected to the MUGA. The concerns raised were about the reduction in Shopping Centre parking in an area surrounded by Controlled Parking Zones. Even the original report to the Cabinet said that parking could not be diverted on to the residential streets. 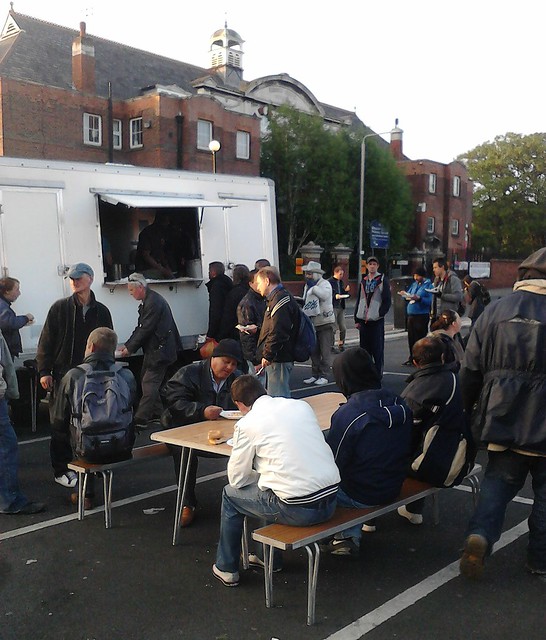 The Christian Kitchen based in the Mission Grove Car Park

Waltham Forest Council is demanding that the Christian Kitchen cease using the Mission Grove car park in E17 as the location for their daily soup kitchen.

The soup kitchen has rejected the allegations that their service contributes to local street drinking and anti-social behaviour and local Lib Dems and residents are supporting them.

Proximity to the Town Centre is important to a soup kitchen and Waltham Forest is taking this action without proper consultation.

The local Lib Dem Focus Team has been surveying residents about the issue and so far local residents are overwhelmingly in favour of keeping the soup kitchen where it is.

“It is crazy that this Labour council appear to be scapegoating this long established soup kitchen and demonising their service users.

“The Christian Kitchen has been a part of the local area for many years and is there to help the most vulnerable in our society. The soup kitchen has even offered compromises to the council but they have been rejected.

“This is a heartless act by this Labour council that is clearly not supported by local people.

“It seems ‘One Nation Labour’ has not yet made the journey to Waltham Forest from Ed Miliband’s Westminster bubble.”